Got It
Visit Showroom Book a Test Drive 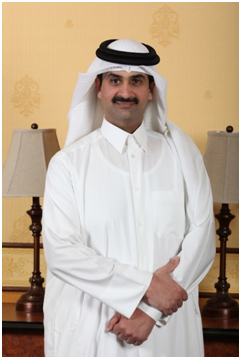 NATIONAL CAR COMPANY founded by H.E. LATE SHEIKH NASSER BIN ABDULLAH AL THANI is an associate of NASIR BIN ABDULLAH & SONS GROUP, business pioneers in a variety of sectors with a long and committed history in the State of Qatar. Established in 1966, with humble beginnings, National Car Company have grown into a multi-franchise automobile company with leading brands under its fold in passenger cars, commercial vehicles, heavy equipment and allied segments.

National Car Company became the sole agent for Mazda brand (Mazda Motor Corporation, Japan) in 1972 and have over the last 5 decades contributed significantly in establishing the unique Japanese brand, which is currently celebrating 100th Anniversary, through an efficient network of sales and aftersales facilities as well as a strong team of qualified and skilled personnel.

Mazda and NCC officials at the Mazda Headquarters in Hiroshima, Japan 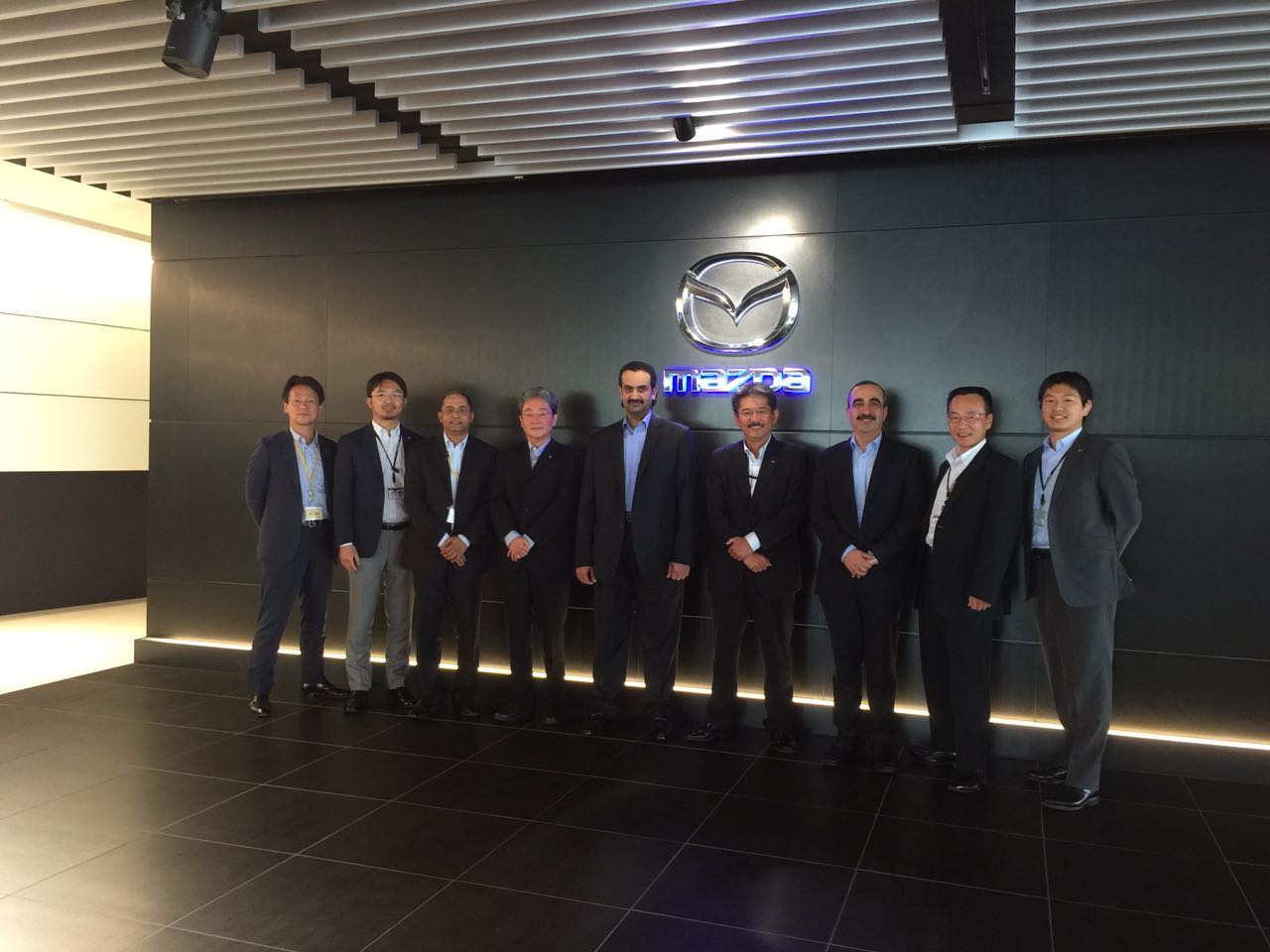 Mazda Showroom is located in Fereej Al Nasr where the entire range of Sedans, SUVs and Light Commercial Vehicles (Pick-ups) are on display in a spacious showroom. Mazda showroom is open7 days a week from 9 am – 9 pm, with Friday working hours of 4.30 pm – 8.30 pm.

The custom branded state of the art showroom with more than 1500 sq. meter area is located at the heart of the city and is well connected by main roads to all residential and commercial areas in Doha with excellent access to highways leading to industrial areas and satellite cities in Qatar. The elegant and spacious showroom offers a unique experience for the customer through a well-designed and branded display of the new generation models along with the latest amenities and an expansive car parking area.

To deliver reliable and convenient after sales service to Mazda customers, National Car Company operates a Quick Service Centre which is conveniently located at Al Dhiya Street near the Ramada Intersection in C ring road.

The main service and parts centers are located on Street No.16 in the Industrial Area (Al Rayyan). The well-equipped facility with service and maintenance workshops besides the body shop, has the latest tools and electronic diagnostic systems along with well trained technicians and customer service staff. The staff is regularly updated on the latest technologies in a modern training centre accredited by Mazda.


A peninsular Arab country whose terrain comprises of arid deserts and a long Persian (Arab) Gulf shoreline of beaches and dunes.

A peninsular Arab country whose terrain comprises of arid deserts and a long Persian (Arab) Gulf shoreline of beaches and dunes. Also on the coast is the capital, Doha, known for its futuristic skyscrapers and other ultramodern architecture inspired by ancient Islamic design, such as the limestone Museum of Islamic Art. The museum sits on the city’s Corniche waterfront promenade.
The country has the highest per capita income in the world. Qatar is classified by the UN as a country of very high human development and is widely regarded as the most advanced Arab state for human development. Qatar is a high-income economy, backed by the world's third-largest natural gas reserves and oil reserve

The current Emir of the State of Qatar is HH Sheikh Tamim bin Hamad Al Thani is and he succeeded HH The Father Amir Sheikh Hamad bin Khalifa Al Thani in 2013.

Welcome to the “World of Mazda”!


A team of motivated and trained sales and customer service personnel continuously strive to deliver an exceptional ownership experience to Mazda customers.

A team of motivated and trained sales and customer service personnel continuously strive to deliver an exceptional ownership experience to Mazda customers.

We promise “Speed – Convenience – Consistency - Friendliness - And A Human Touch”!

We create real connections by way of raising the bar in customer satisfaction standards.

That’s the hallmark of a unique Mazda experience involving the PLACE, the PRODUCT and the PEOPLE.